END_OF_DOCUMENT_TOKEN_TO_BE_REPLACED

Let’s take a step into the digital realm, in the part 2 of this article! This part is obviously shorter, since there’s only the aspect of software and hardware, being the graphics tablet. The choices are pretty limited too, compared to amount of different art supplies, and brands that make them!

END_OF_DOCUMENT_TOKEN_TO_BE_REPLACED 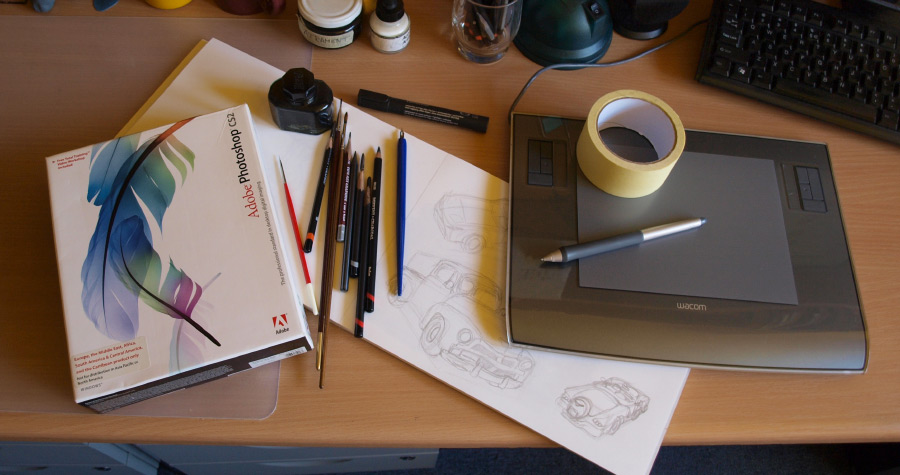 This was supposed to be a quick introduction to classic art tools, but it’s still pretty long due to the amount of material! ;) I’m writing down most common tools/mediums, my opinion and experience of it and sometimes even some brand recommendations. Highly recommend if you’re getting started, and jumping over from computer-made art (I actually did, few years ago).

This is a very broad and subjective subject, so in the end, you’re best off experimenting and trying out stuff on your own! Remember that the tools serve you and your vision, and will almost never make a picture for you! You’re the master of them, and your skills lie at the core. Also, I’m an advocate of the approach of looking for the items with best “price-to-quality” ratio – both buying very cheap and expensive might not be the best choice. Personally, I’ve learned the hard way, that expensive equipment doesn’t improve your skill, so keep that in mind. If you’re ready, read on!